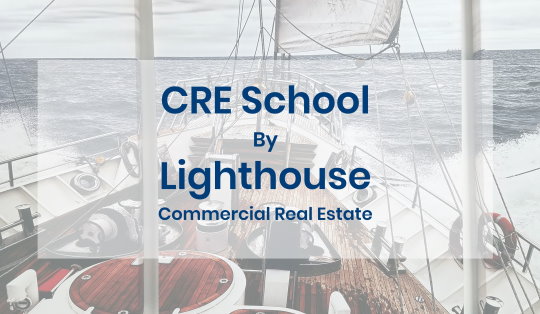 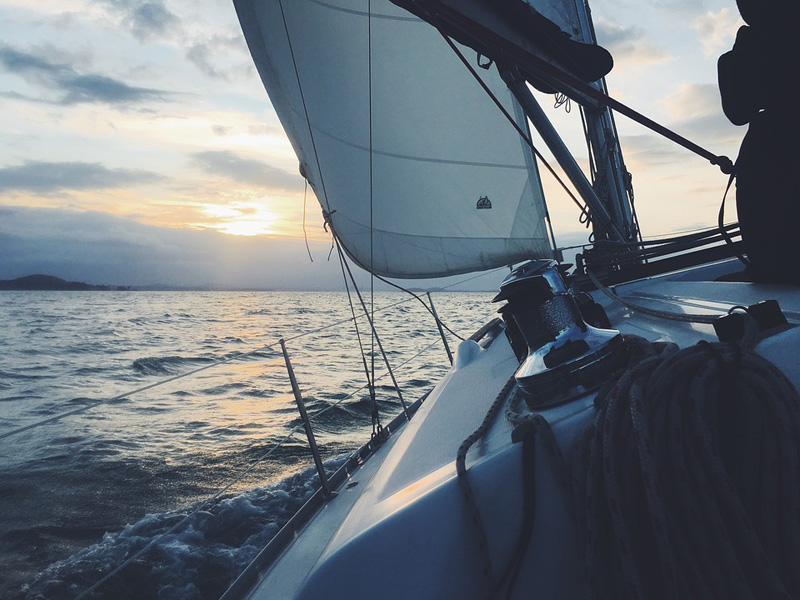 I’ve always had a fascination with Lighthouses. I think it started when I was a young boy sailing through the Apostle Islands National Park with about 7 other young boys and 1 certified Coast Guard captain. We had an entire week to explore 21 islands from Madeline to Sand to Raspberry. Our little sailboat was packed with all our gear – clothes, food, tents, you name it. We’d spend the day diving off the bow into truly frigid water, swiftly surfacing and quickly grabbing onto a tow behind rope we had trailing the sailboat. If we missed the rope we’d be in trouble because sailboats don’t exactly stop and turn on a dime. If we missed it, we probably would have gotten hypothermia. The lake really is that cold, even in the middle of July.

Lake Superior is truly a majestic body of water filled with wonder, joy, and sorrow, quite literally. At night, as we sat around the campfire and peered at the other island’s Lighthouse beacons spinning with their secure tempo, we would watch the passing lights of Great Lakes ore ships eerily pass on the horizon.

The story starts out with keeping commitments. The Edmund Fitzgerald (the largest Great Lakes freighter when she was launched June 7, 1958, and also the largest to ever sink in the Great Lakes) was known as a “workhorse” and set seasonal haul records 6 times, often breaking her own records. The Big Fitz was 729 feet long and her beam 75 feet. As the largest freighter on the Great Lakes she was depended upon to fulfill her shipping commitments no matter the weather, no matter the conditions. The storms that come in November are some of the most dreadful on the planet, but despite these perils, The Edmund Fitzgerald left Superior, Wis., fully loaded with her last delivery of the season. One final trip in 1975 before docking for good that winter.

Nearly all islands and peninsulas on the Great Lakes have lighthouses upon them. In part they signal to steer clear of rocky shoals and shallow waters, and in equal part they allow captains to know their precise location on the water. GPS, cell phones, and the technology we rely on today for data tracking hadn’t even been dreamed of. As we may count the mile markers on an interstate to signal our progress and location, freighter captains could tick off each nautical mile with their instruments and know precisely where they were located. A captain could simply identify two lighthouses along their route and then triangulate their position.

This precision and attention to detail was likely an hourly update and a simple log in the register on any normal night.

I would imagine that even though the Edmund Fitzgerald left Superior, Wis., on her fateful journey during the stormy month of November, the crew most likely took comfort in the fact that this voyage would be the last of the season. Plans for Thanksgiving and Christmas were no doubt being made. The young crew’s men had sent their wives and girlfriends love letters and mementos with the promise of seeing them soon for the holidays. Love was on the mind and hope was on the horizon.

The Edmund Fitzgerald left Superior at 2:15 p.m. on the afternoon of Nov. 9, 1975, under the command of Captain Ernest M. McSorley. She was en route to the steel mill on Zug Island, near Detroit, with a cargo of 26,116 long tons of taconite ore pellets and soon reached her full speed of 16.3 miles per hour. Around 5 p.m., Fitzgerald joined a second freighter under the command of Captain Jesse B. “Bernie” Cooper of the Arthur M. Anderson, destined for Gary, Ind., out of Two Harbors, Minn. The weather forecast was not unusual for November and the National Weather Service (NWS) predicted that a storm would pass just south of Lake Superior by 7 a.m. on Nov. 10.

At 7 p.m. on Nov. 9, 1975, the NWS altered its forecast and issued gale warnings for all of Lake Superior. At 2 a.m. on Nov. 10, the forecast was updated from gale force to storm force. At this point, a journey that started as normal became one of uncertainty, uncertainty became concern, concern faded to panic, and panic gave way to faith.

With each passing hour the wind speeds increased and the treacherous waves reached their crescendo. By late afternoon on Nov. 10, 1975, the Anderson reported winds reaching 86 miles per hour. Rogue waves were cresting as high as 35 feet. The “Three Sisters” were on the move and would take one of two.

At 4:39 pm The Fitz’s captain, Ernest McSorley, contacted the U.S. Coast Guard station at Grand Marais, Mich., to inquire whether the Whitefish Point Light and navigation beacon were operational. The USGS reported that both navigational aids were inactive due to the storm. McSorley hailed any ships in the area inquiring on the lighthouse’s operation. Captain Cedric Woodard of the Avafors replied between 5 and 5:30 p.m. that the lighthouse light was on and operational, but not the radio beacon. Captain Woodard testified that he heard Captain McSorley state in the background, “Don’t allow nobody on deck!” Sometime later McSorley contacted Woodard again and stated, “I have a ‘bad list,’ I have lost both radars, and I am taking heavy seas over the deck in one of the worst seas I have ever been in.” 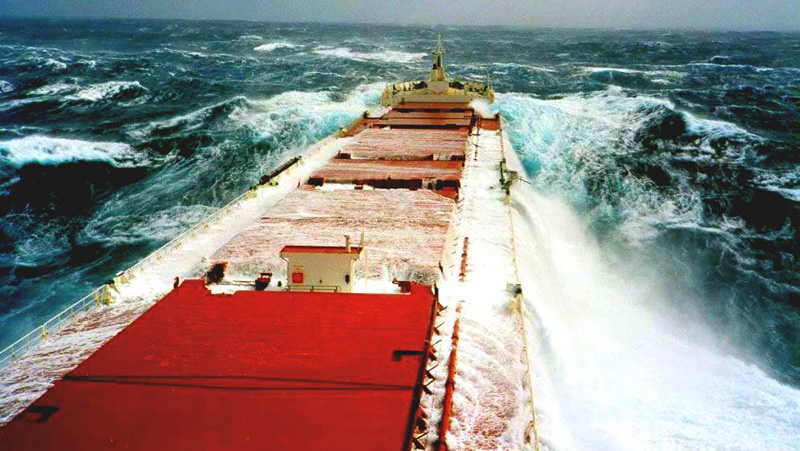 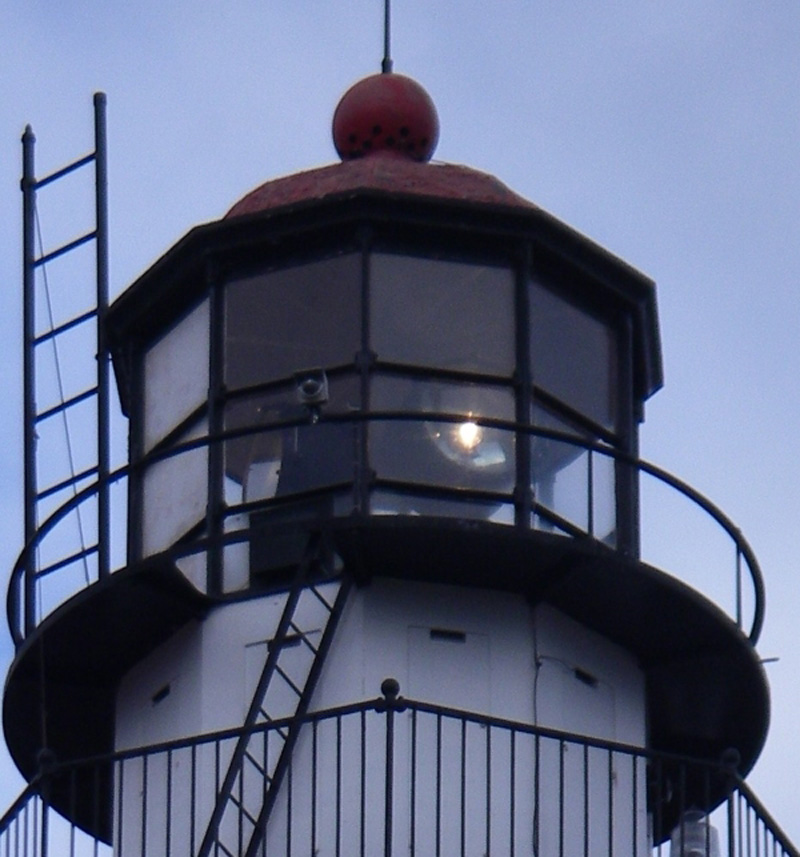 At 7:10 p.m., when the Anderson notified the Fitzgerald of an upbound ship and asked how she was doing, McSorley reported, “We are holding our own.” It’s almost as if the Edmund Fitzgerald said those words herself. Minutes later the mighty Edmund Fitzgerald, holding all of her own, 29 men in total, was gone. She was just 17 miles from the entrance to Whitefish Bay.

As we sat around our campfire the gravity of the tragedy sank down upon us. We were looking at the very water that held these souls. The waves we heard lapping at the shore were made of the same water that had taken down the mightiest ore ship of all. 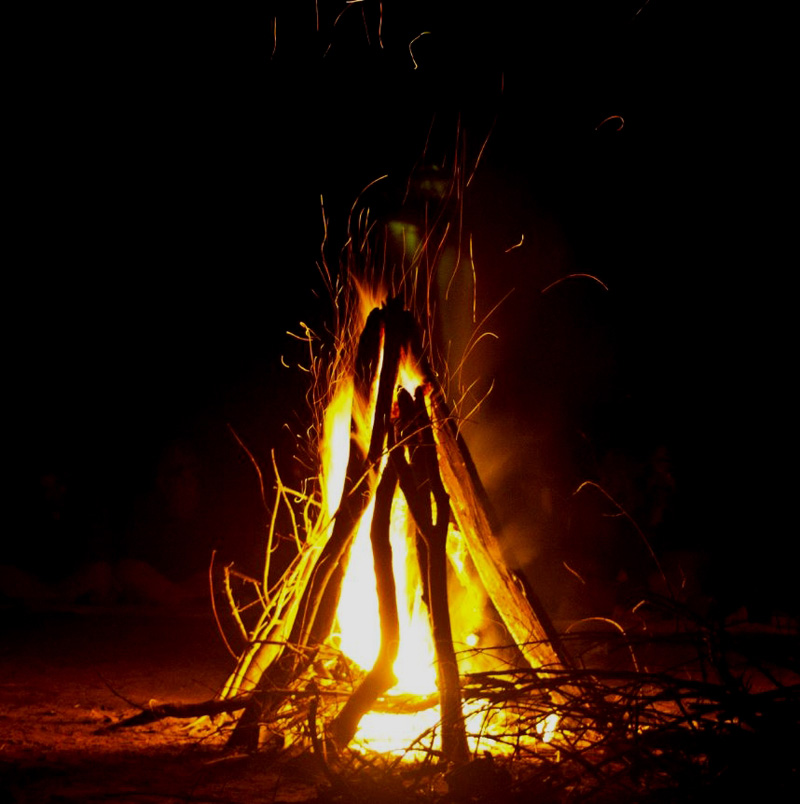 Our captain used this moment to teach us life lessons.

He explained that when you make commitments in life you must keep them if you are to be honorable. When you face challenges, surround yourself with a great crew. Build a team that can strengthen your resolve. When the going gets tough, communicate, stay focused, and follow your plan. When you feel all hope is lost find your lighthouse and head for it.

On that sailing trip so many years ago we set off for an adventure of fun and to learn responsibilities. I remember looking at those ore ships at night like it was yesterday. Each freighter on a mission to deliver on its commitments.

David N. Haug is the president and founder of Lighthouse Commercial Real Estate. 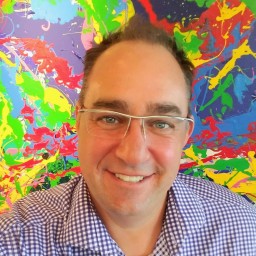 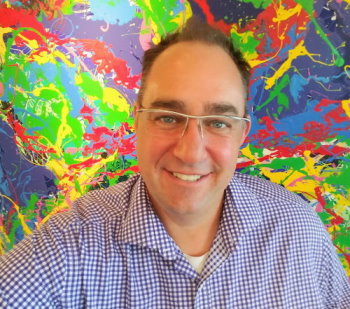